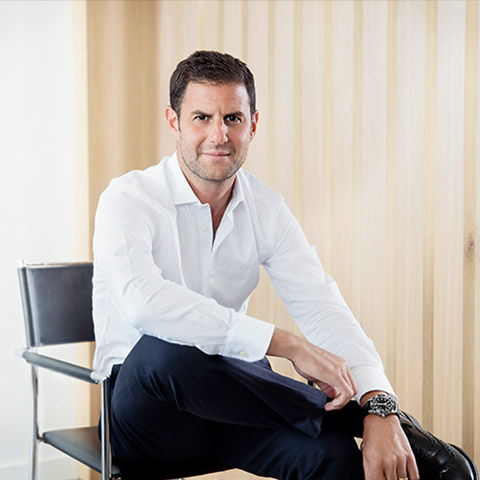 THE STORY OF RAYMOND WEIL

The history of RAYMOND WEIL is first and foremost one of family, thereby distinguishing itself as one of the last independent, family-owned and operated companies in the Swiss watch industry. Today Raymond Weil’s grandson, Elie Bernheim, ensures the third generation of family succession, respecting the brand’s heritage, preserving its DNA, and guaranteeing its continued success.

A constant source of inspiration for the family, music plays an integral role in the brand’s precision and craft. RAYMOND WEIL celebrates this passion through its collection names, support of music charities, sponsoring of emerging talent, and partnerships with the highest quality instruments and musicians.

“Calibre RW1212 is a tribute to the present and a symbol of the future. Its name picks up the digits of our address here in Switzerland: 1212, standing for the Geneva suburb Grand-Lancy. It symbolizes the path we have traveled to date and the free-spirited approach we bring to watchmaking. It is our first in-house movement, born from our partnership with the Swiss movement manufacturer Sellita.” -Elie Bernheim, CEO

Following the success of the first maestro The Beatles in 2016, RAYMOND WEIL introduces a second limited edition timepiece, this time paying homage to Abbey Road, the last album recorded by the Fab Four and arguably their most influential composition.

RAYMOND WEIL continues its partnership with Swiss sailing team Realteam, releasing a series of new freelancer timepieces built for extreme water conditions. A tip of the hat to Mr. Raymond Weil, who was a member of the Geneva Yacht Club.

The music loving Brand is proud to unveil a new collaboration in its ever expanding collection of Music Icons Series. This latest limited edition freelancer celebrates the legendary Rock and Roll Hall of famers, AC/DC.

Tourneau is an authorized RAYMOND WEIL retailer  with the widest assortment of fine watches and accessories. Whether you are looking for a specific RAYMOND WEIL model or seeking information about current selections, Tourneau specialists are here to help.