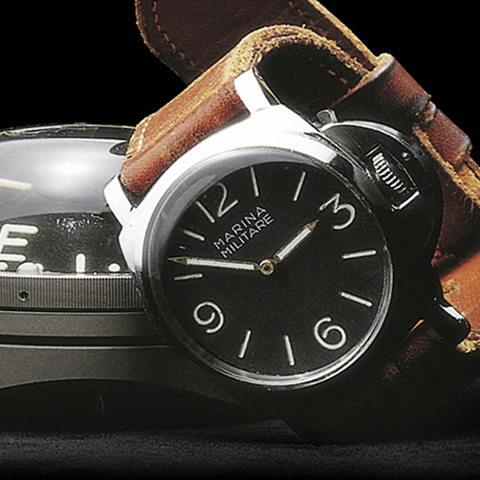 The Story of Panerai

Founded in Florence in 1860 as a workshop, shop and school of watch-making for many decades Panerai supplied the Italian Navy specialist diving corps with precision instruments. Originally created to be used deep underwater, Panerai watches are known for their unparalleled legibility and luminosity in the dark. In 1997 the brand was acquired by the Richemont Group and launched on the international market. Today Panerai develops and crafts its movements and watches at its Neuchâtel manufacture, combining Italian design flair and history with Swiss horological expertise.

PANERAI IS THE INSTRUMENT FOR MODERN HEROES FACING THE TOUGHEST CONDITIONS

The first collaboration between Panerai and Jimmy Chin led to the creation of a short film. Deeply personal, the short film shows the audience that in order to go beyond to achieve greatness against incredible odds, you have to sometimes look back to where you have grounded yourself. A great life’s suggestion for everyone.

Inspired by Luna Rossa, the Challenger of Record of the 36th America’s Cup, Panerai developed a collection of timepieces reaffirming and emphasizing the shared link to the sea.

Historically, Panerai watches and precision instruments have equipped the commandos of the Italian Navy. Panerai still makes creations of invincible spirit which evoke the legendary heritage of those special forces.

Tourneau is an authorized Panerai retailer with the widest assortment of fine watches and accessories. Whether you are looking for a specific Panerai model or  seeking information about current selections, Tourneau specialists are here to help.