NORQAIN was founded by Ben Küffer in 2018 and was built on a solid foundation of family tradition. For more than four decades, the founding family has been creating and developing watches. This know-how allows NORQAIN to offer top-quality watches that meet the highest Swiss watchmaking standards. Their three collections – Adventure, Freedom and Independence – are equipped with mechanical movements and original striking design elements. Every NORQAIN watch is Swiss made with absolute attention to detail and ready for whatever adventures await. 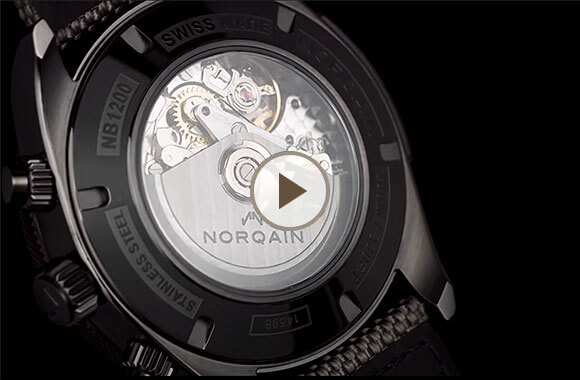 FOR THE BRAVE, BOLD AND DARING

NORQAIN creates watches for authentic rebels who go their own way, no matter where the rest of the crowd is heading. They live life in the moment, welcome the thrill of the unknown, enjoy the journey at every turn, and appreciate fine watchmaking. They are NORQAINERS.

Mark Streit is the most successful ice hockey player in Swiss history. He holds the Swiss record for the most played games (786) and scored points (434) throughout his career with the New York Islanders, Philadelphia Flyers, Pittsburgh Penguins and the Montreal Canadians. In 2017, he culminated his successful NHL career by winning the Stanley Cup with the Pittsburgh Penguins.

“Twenty-five years ago, I was told that I wasn’t talented enough and that a professional ice hockey career was completely unrealistic. I never let the doubters influence me. I went my own way and followed my dream. Everything is possible if you work hard and do it with passion.”

Roman Josi is a Swiss professional ice hockey player and the captain of the Nashville Predators in the NHL. In 2016, Roman was selected for the NHL All-Star Team and he has since been re-elected in 2019 and 2020. He has won the Swiss hockey championship (2010), as well as two World Championship silver medals (2013 and 2018).

“When I was 17, I left everything behind and committed to hockey 100%. Even though a lot of people felt like this was the wrong decision, I decided to focus on only one thing and to put everything into hockey. With the support of my parents and a clear vision of my goal I was able to realize my dream of playing in the NHL. If you have a dream, fight for it and never give up!”