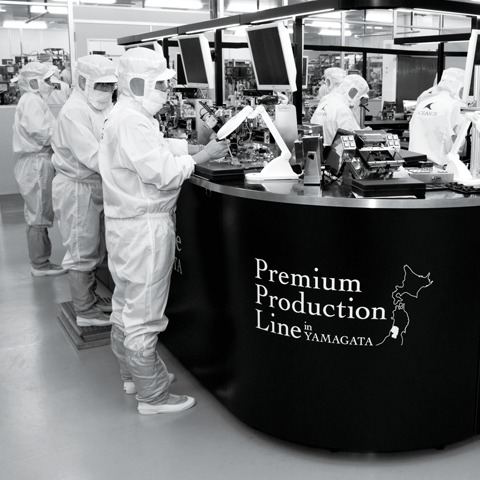 The Story of g-Shock

Casio's shock resistant G-Shock watch is synonymous with toughness, born from Mr. Ibe's dream of "creating a watch that never breaks." Over 200 handmade samples were created and tested to destruction until 1983 when the first, now iconic, G-Shock hit the streets of Japan and began to establish itself as the "toughest watch of all time'. Each watch encompasses the 7 elements: electric shock resistance, gravity resistance, low temperature resistance, vibration resistance, water resistance, shock resistance, and toughness. The watch is packed with Casio innovations and technologies to prevent it from suffering direct shock, such as internal components protected with urethane and suspended timekeeping modules inside the watch structure. Since its launch, G-Shock has continued to evolve, continuing to support Mr Ibe's manta "never, never give up". 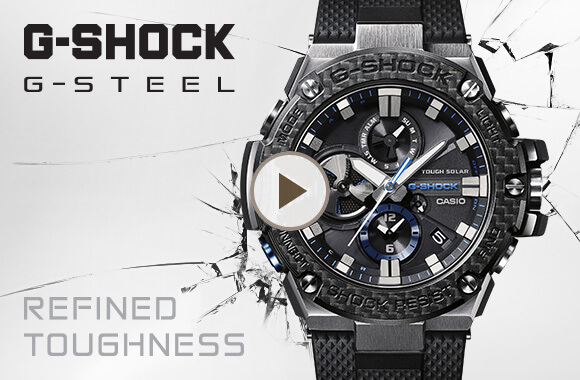 Project Team Tough was formed in 1981 to realize an engineer's aspiration: "I want to create a watch that doesn't break, even if dropped."After repeated production of over 200 prototypes and the devotion of over two long years to the effort, G-SHOCK's core technology, a shock-resistant structure, was completed. In the years since, G-SHOCK has continued to take up challenges tirelessly in search of even greater toughness. Motivated by this spirit, it has continuously pursued new possibilities for every aspect of toughness, from structure and materials to functions.

With sophisticated watch forms, designs inspiring pride of ownership and varied hand expressions arousing new emotional responses with every use, it has raised the standard for perfection by introducing high-end premium models built with the strictest attention to detail. Focusing on the origins of toughness... Seeking even higher levels of toughness... For G-SHOCK, the challenges never end.

Pursuit of further toughness has led to a robust structure capable of withstanding three types of gravitational acceleration: shocks, centrifugal forces and vibrations.

The time zone and daylight saving time information for the current location is analysed based on time data acquired from a time server on the Internet and positioning information stored in the smartphone, and the time displayed on the watch is corrected automatically.

Casio proprietary time correction system provides constant access to the correct time at the current location in any time zone on the planet. With terrestrial standard time radio wave reception available inside buildings where GPS radio waves do not penetrate, and GPS satellite transmissions accessible in areas with no standard time radio wave transmission infrastructure, stable reception of accurate time data is assured at all times, both indoors and out.

Tourneau is an authorized G-Shock retailer with the widest assortment of fine watches and accessories. Whether you are looking for a specific G-Shock model or  seeking information about current selections, Tourneau specialists are here to help.